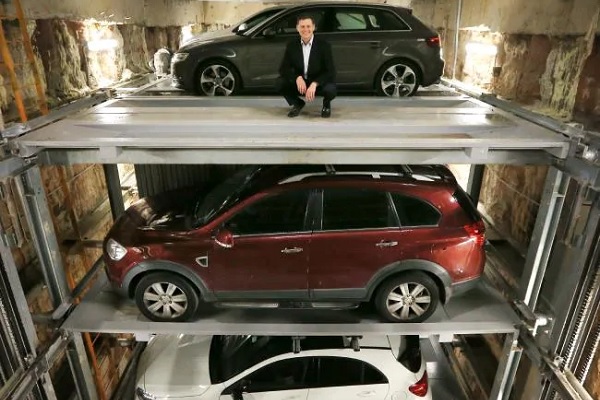 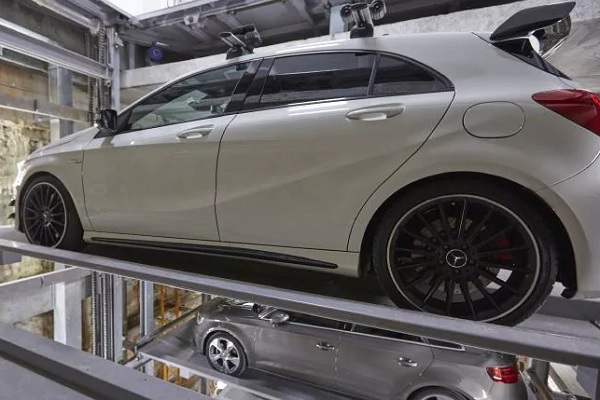 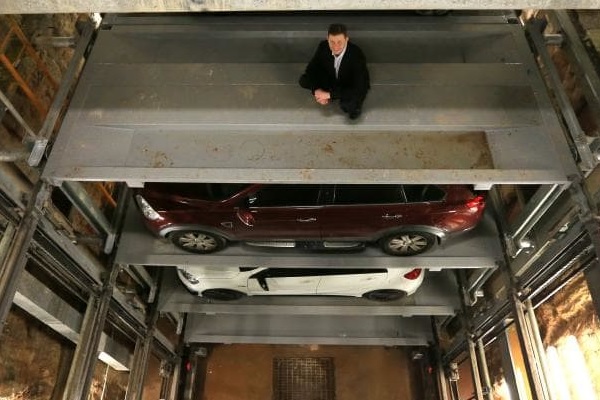 COULD these giant car stacking robots like this spell the end for the traditional carpark in Sydney?

Spiralling real estate prices, an exploding population and a chronic lack of space is forcing property developers to look for novel ways to provide residents with amenities like parking.

And with some CBD car spaces attracting $300,000 price tags, developers like Fivex are bending over backwards to maximise the little space they have.

The new Anchorage development in Woolloomooloo is just one of about 20 Sydney apartment blocks, including one in Harris Park, now featuring a fully automated car stacking system.

Motorists can drive into the garage, park their car, press a button and the car disappears underground. It takes about three minutes to retrieve the car. 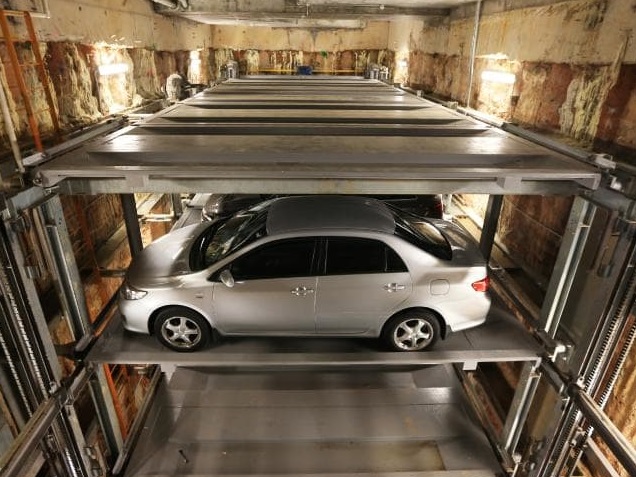 “All the easy development sites have been taken up already, and so what’s left can be awkward and difficult to excavate,” Fivex general manager Lesli Berger said. “This technology is a solution to one of Sydney’s future problems: how to fit another 1 million people in our city while allowing them to have amenities that they enjoy, like having a car.

“With this system we’ve fitted 23 car spots in approximately a quarter of the space of a regular carpark.”

The car stacking systems, provided by companies such as Hercules Carparking Systems and Klaus Multiparking, cost between $30,000 and $60,000 per space to install.

Mr Berger said the site’s car stacker worked out to be the same as what a conventional carpark would cost.

“A conventional car space can’t breakdown because it is just a piece of concrete,” he said.

“You tend to have problems, though, only when users are not trained.”

Mr Gilson said there has been a sharp increase in demand in Sydney in the past five years, and he expects the trend to continue as property prices continue to stay stubbornly high.