A NEW residential development in Woolloomooloo has been nominated as a blueprint for the future.

Sitting on a block overlooking Finger Wharf, the five-storey complex on 65 Cowper Wharf Rd is one of the few remaining waterfront sites in the inner city.

“There are a significant number of developments in Sydney because there’s a chronic undersupply in Sydney,” he said.  Mr Berger said increased diversity was one of the benefits of densified suburbs.  While most of the 16 apartments have sold, the threebedroom penthouse is on the market for $6 million.

Prices ranged from $600,000 for the studios and single-bedroom flats and $1.7 million for the two-bedroom apartments. 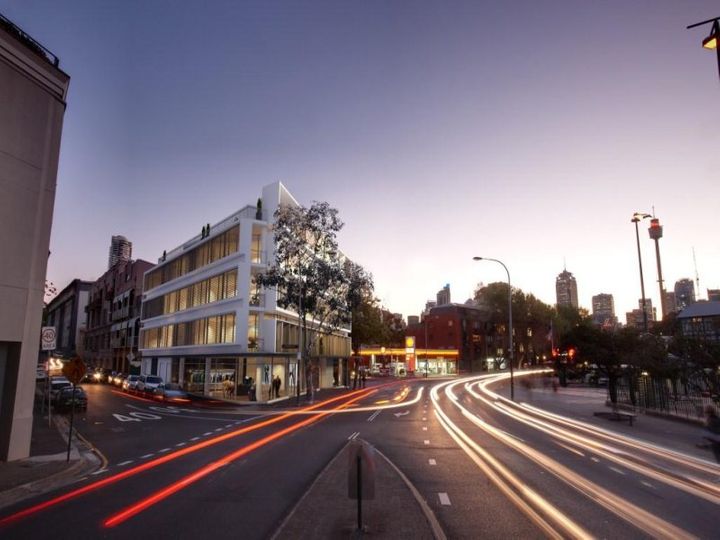 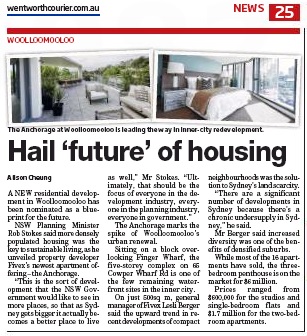 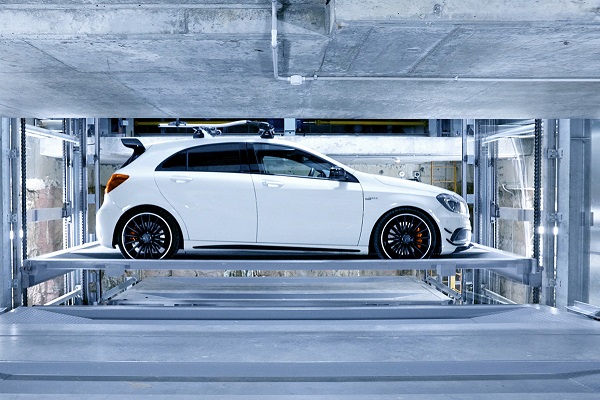